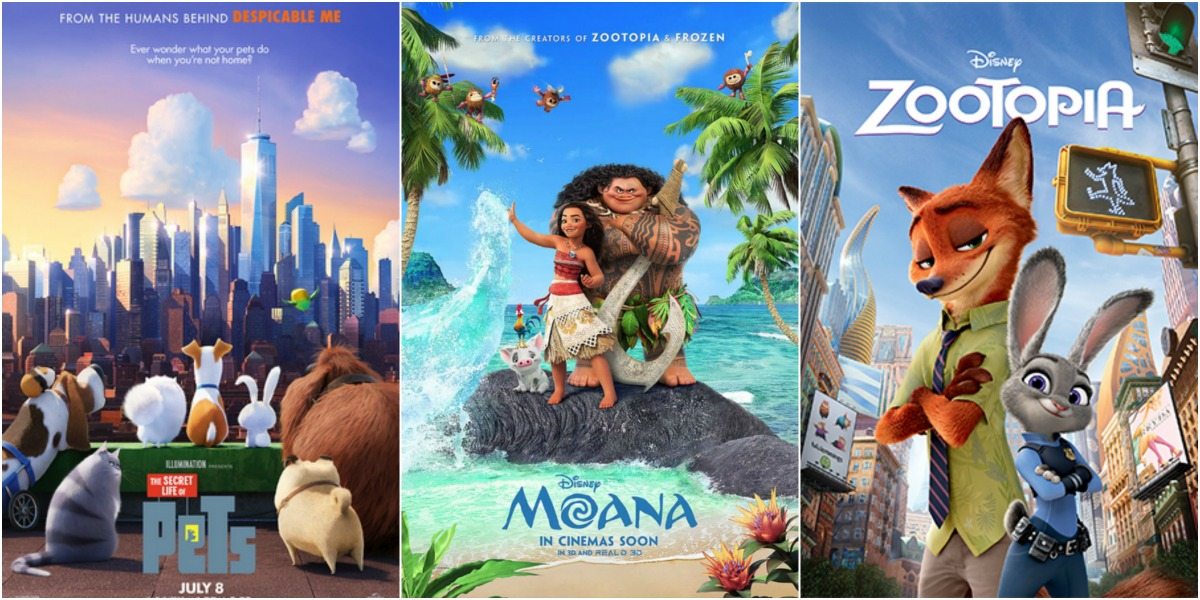 Last year offered quite a few good animated movies. I managed to watch Storks, Trolls, Moana, Zootopia, Finding Dory, The Angry Birds Movie, Sausage Party, Pete’s Dragon (I guess it’s 50% animation) and The Secret Life of Pets. So as you can see I managed to watch quite a few animated movies in 2016, I didn’t get around to watch “Kubo” which is still very much on my watch-list. Perhaps I can watch it later this year at some point.

I decided I wanted to make a top 3 of what I think are the best animated movies of 2016. It was pretty hard not to pick Finding Dory as I absolutely love Dory and all the other fish and creates. But the sequel just wasn’t as good as the first one so it didn’t make the cut! I quite liked Trolls too it was super cute and quirky and I loved the music, but it didn’t wow me. Nor did Storks, although it was good it wasn’t as good as these three; 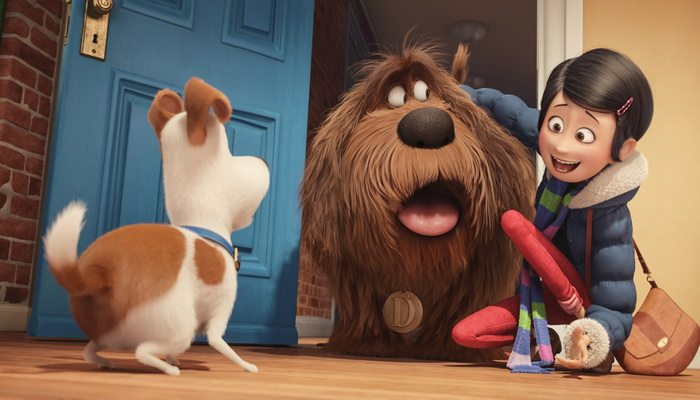 The Secret Life Of Pets was such a cute and different movie. It’s about a little dog named Max whose calm life is abruptly interrupted when his owner adopts a new dog Duke. Max and Duke do not get a long and as they try to get rid of each other they both accidentally end up on the street. I absolutely loved story and the voice actors were really good too. It’s of course important to remember that the main target audience is children and for that reason the story-line is often a bit predictable, but that aside it’s a great movie. 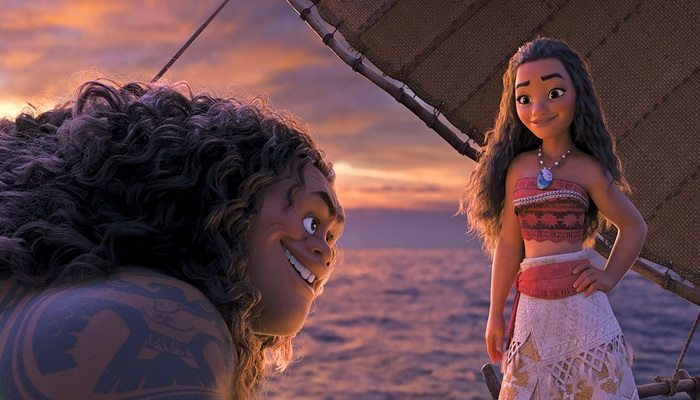 Moana is the cheiftain’s daughter and she finds out that she is destined to seek out the Demigod Maui and get him to restore the heart of Te Fiti, in order to save her tribe. Moana is probably my favorite movie out of the three. It really surprised me… I didn’t expect too much from it but it really delivered a great Disney movie. It had great songs, great voice acting, fun story line (based on Polynesian lore as far as I know), and the very best sidekick HeiHei. I think one of my favorite things about this is that it isn’t a story about romance, but of a young girl finding herself and exploring the world. 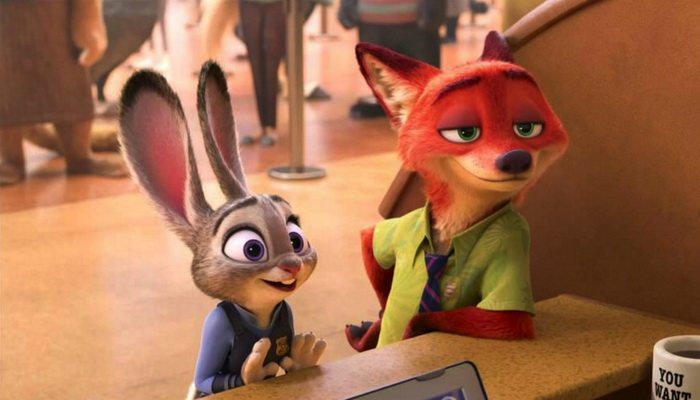 Zootopia is a movie about a young rabbit named Judy Hopps who is the first of her kind to become a police officer. She is eager to catch bad guys and as such she ends up taking a case no one else wanted to take. This case leads her on a big adventure and along the way she drags the sly fox Nick Wilde with her. All the characters were really well written, especially the sloths. Such a genius idea to place them at the DMV! I really liked how each animal had their own sort of way of life. And once more we have a movie about a female character wanting to show everyone that SHE can accomplish what she sets her mind to. #empowering

Do you agree with my choices? Which would you pick?