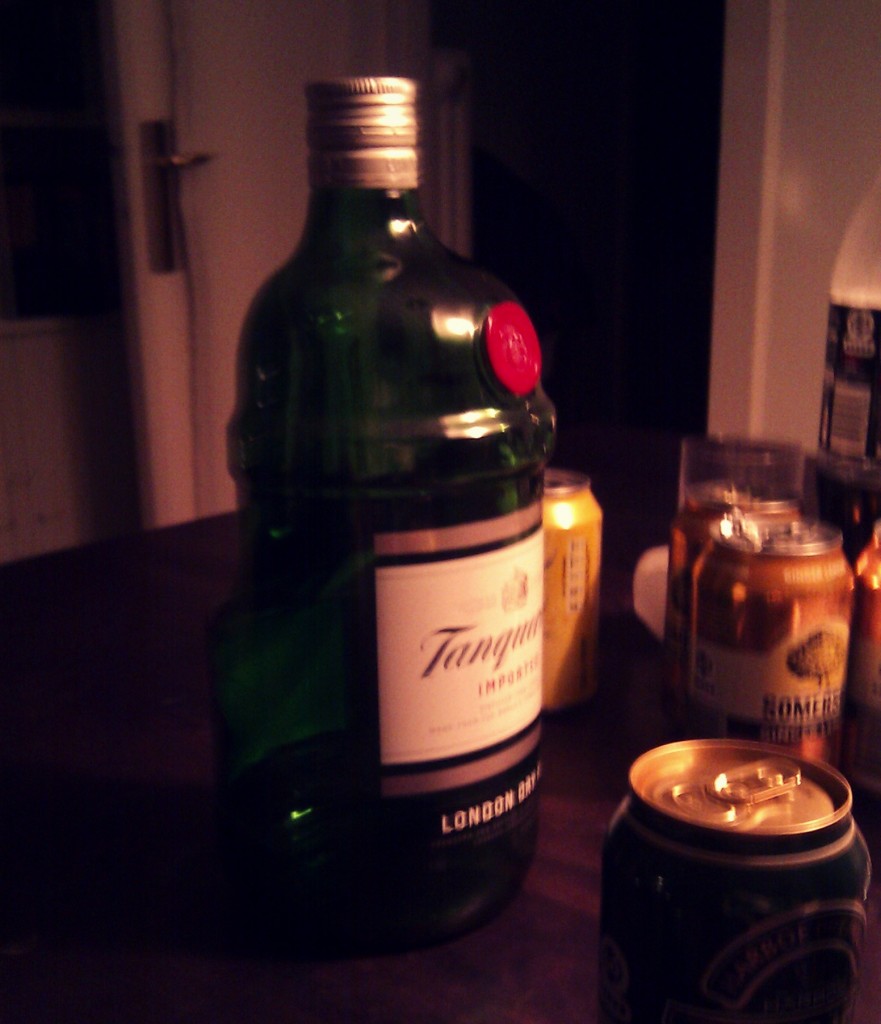 Yesterday I was at a friend’s house to celebrate that exams are done and that we finally have vacation. It was super cozy and I met some kind new people as well. But it also got me thinking and realizing how much alcohol actually does affect people.

As I arrived to the party {30 minutes late as usual} I said hello to all the familiar faces and politely introduced me to the rest. I ended up talking to one of F’s friends and I found his life quite amazing. He was a danish guy but he lived and studied History in NYC. My, I envy that. I love NYC and I hope to one day go and study there myself. Maybe not for many years but just for a year or even less. Anything would do. One of his other friends, FFR, have always been very charming and fun. As I stood talking to him about everything and anything I wondered how a guy like that could be single. I guess he’s just one of those guys you find extremely attractive… Until he met his good pals Gin and Tonic. Come three hours later most of the party was preeeetty wasted, which is what to expect from one of these parties. I, myself was pretty drunk but not as much as the rest.

The guy and I had been flirting a bit. But looking at him now, as drunk as he was, I saw him in a completely different light. That was not the guy I thought was charming. I preferred the intellectual part of him which wasn’t present in his current state… So I went to talk to other people. But a bit later the guy had vanished into the bathroom with my sweet friend RH. I love RH she is amazing and I care a lot about her but she was very, very drunk. Now, what bothers me in this scenario is not about her and him. It’s about how alcohol can just change people completely, or maybe show the true nature of them? I want to be clear of one thing, this isn’t normally my friend’s behavior and I don’t judge her for this at all. But him. I thought so much of him and now I could not think less of him. I guess if I find myself attracted to someone, not just their looks but when I actually like having a conversation with them… Then I don’t want it to be defied and ruined by making out when drunk. Thankfully there are over half a million people who lives in Copenhagen and many, many more men to be disappointed over.