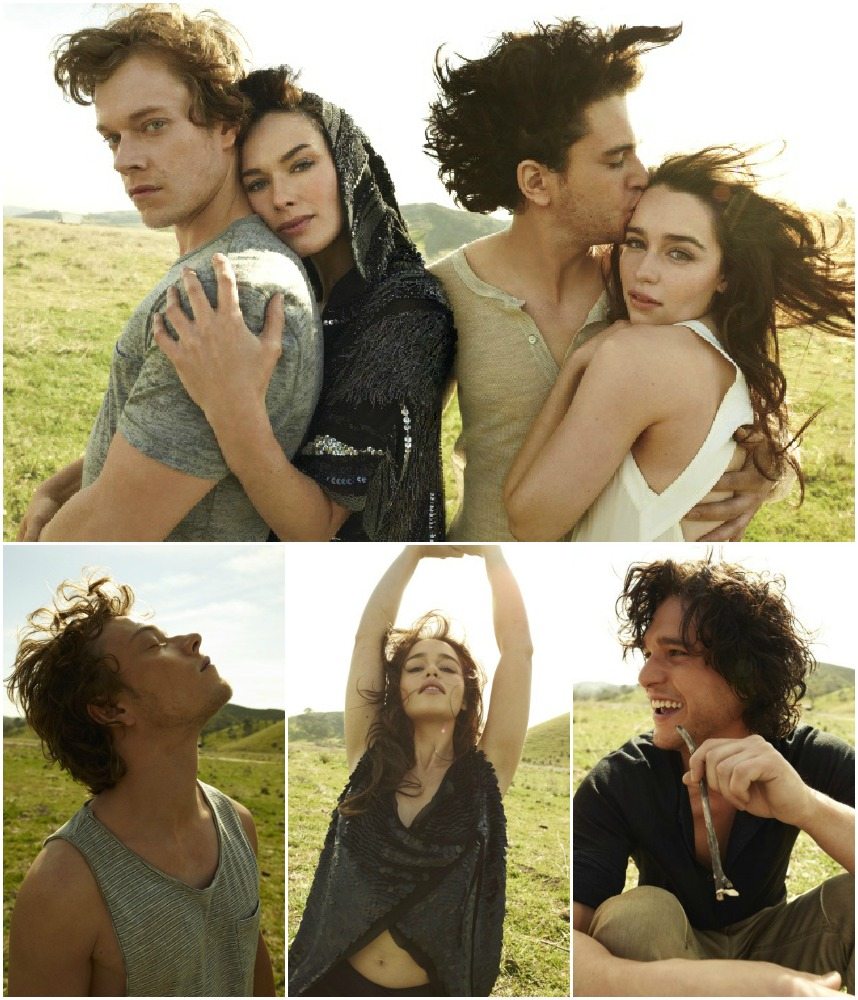 I may be a bit biased because I am completely in love with this show but my gosh these photos are gorgeous. These photos were taken for the Rollingstone Magazine in March 2012. These four actors play Theon Greyjoy, Cersei Lannister, Jon Snow and Daenerys Targaryen in A Game Of Thrones. Kit Harington {who plays Jon Snow}, is one hot piece of eye candy! He reminds me a bit of Orlando Bloom and a bit of Heath Ledger with a touch of Depp in him too. He is just so good looking! My friend is crazy about Alfie Allen {who plays Theon greyjoy}, I don’t see the big fuss about him I mean he is pretty but he ain’t  no Kit. Lena Hadley {who plays Cersei Lannister} looks so much different than she does in the show. In the show she has long golden hair and is the meanest person you can encounter haha. But that’s on set ofc! I’m sure she is very lovely off set. Emilia Clarke {who plays Daenerys “khaleesi” Targaryen} is stunningly gorgeous. I do actually think she is prettier with her fair white hair which she has in the show. But she looks much more natural as a brunette. If you haven’t seen the show yet I would highly recommend you to give it a shot. It’s a beautiful tale and the cinematography is quite astonishing. If you want to see a video from this photo shoot you can find it here 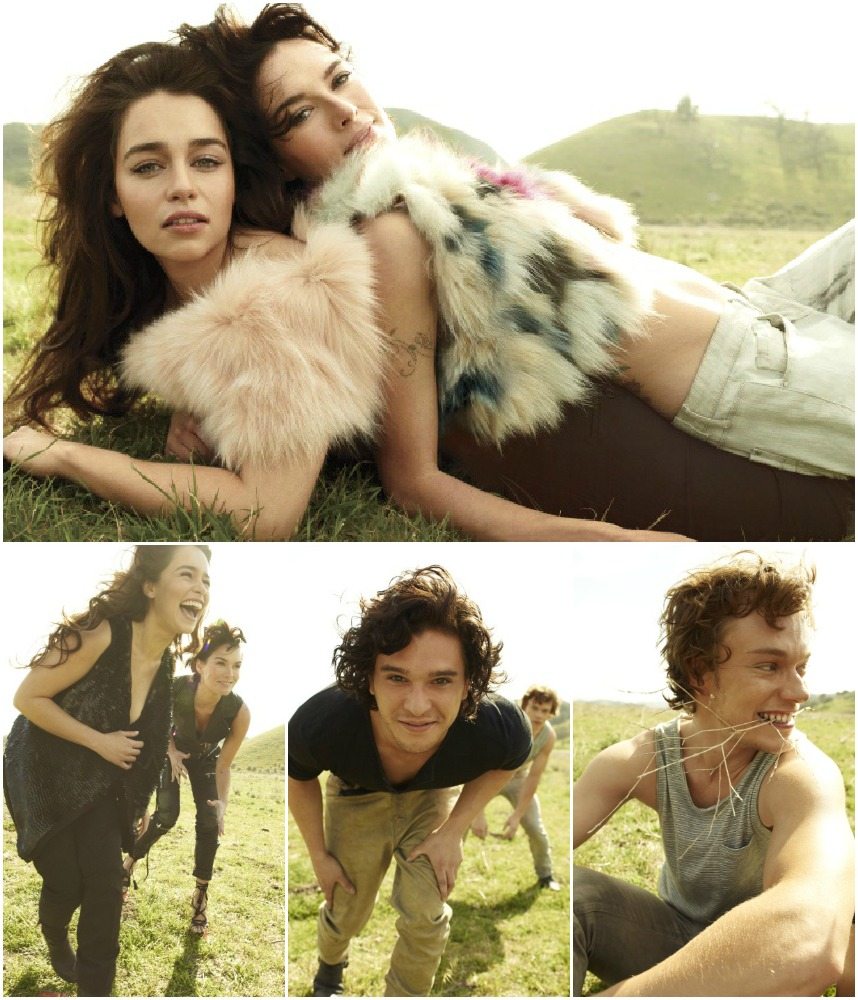 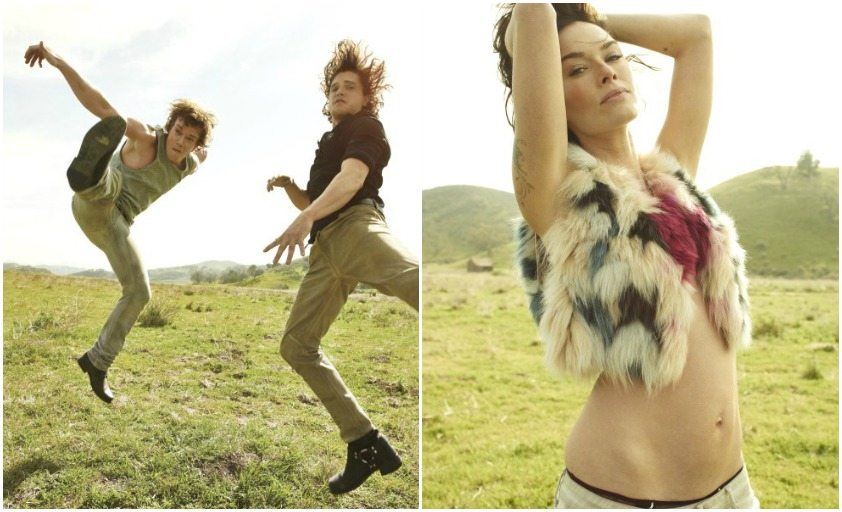 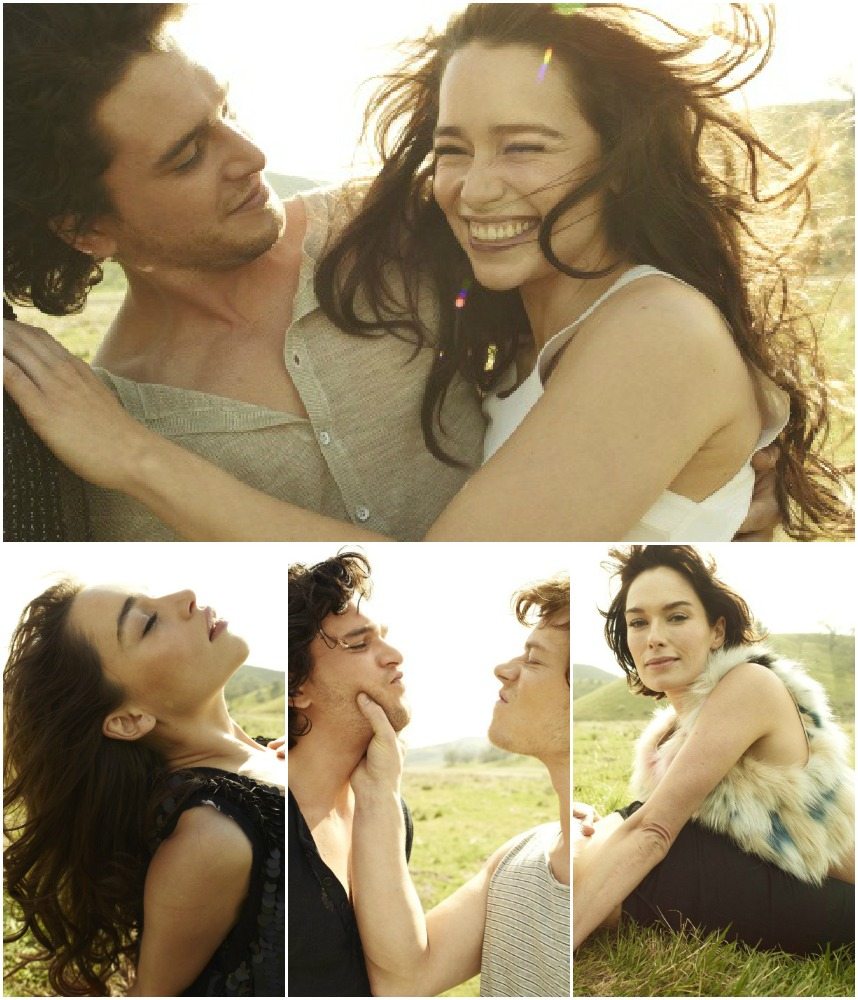