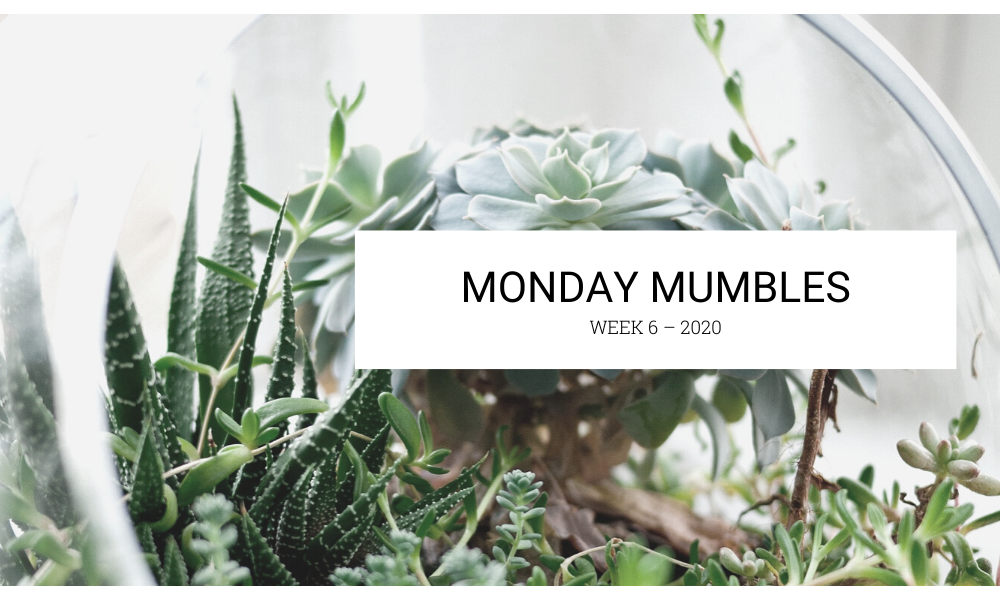 ♥ 01. Hola people! January has once again come and gone with the blink of an eye. It’s bonkers that it’s already February… Seriously time flies these days. It’s been a while since I’ve popped in and given an update. This year I will do better (she said whilst not having posted in January lol), not just for you, but for me! I love being able to go back and see/read what was happening. This reminds me that I will probably be posting some stuff from last year and “backwards” publish it so the date will fit. I’ll let yall know once I’ve done it.

♥ 02. I caught a virus. NOT the corona virus, although Matt did ask “Do you have the corona virus?” on the first day of my misery ?But as I haven’t been to China nor close to someone who as (as far as I know) I was certain it was not that virus. I went home from work Monday the 20th with a slight cough, and woke Tuesday with literally e-v-e-r-y-t-h-i-n-g: Pain in my bones/muscles/skin, runny nose, cough, throat ache, crazy high fever, headache and dizziness. Having influenza is truly horrible, it takes you out of ‘the game’ for 1-2 weeks, at least that’s what it did to me. I had a fever for sooo many days and afterwards I was tired and ached everywhere. Really, reaaaally hoping I won’t feel like that again for a very long time (I would say I hope not to feel like that ever again but I know its impossible to completely avoid it ?).

♥ 03. I went to the cinema last Saturday and I am actually going thrice more within the next two weeks. Matt and I saw Bad Boys 3, which is really nice if you like that franchise, and then we are going to watch Birds of Prey this week and then we’ll watch 1917 and I will be watching Jojo Rabbit with some friends/colleagues from work – wooo movies!  ?