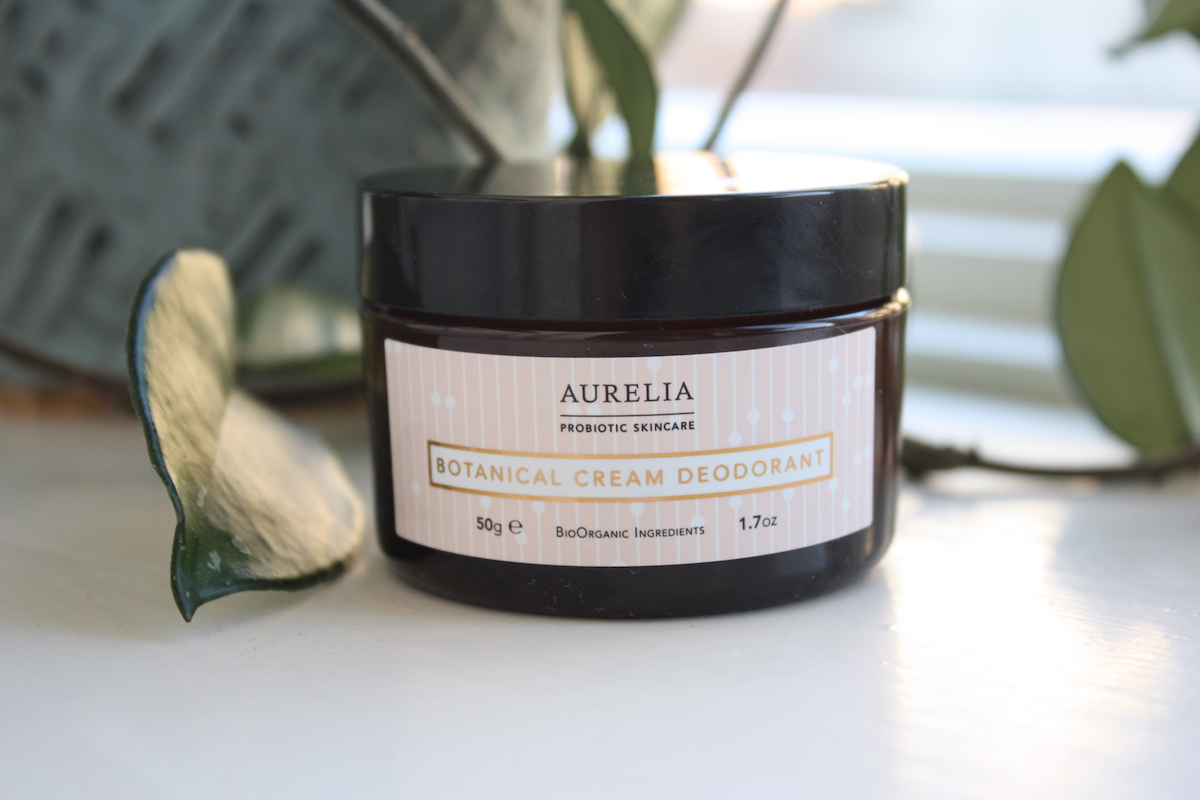 I was a bit taken aback with all the raving positive reviews on this Aurelia botanical cream deodorant, that I wasn’t sure what to believe. Then my favorite skincare gurus started talking about it, and I knew I had to at least give Aurelia a chance. I then put it on my wishlist for Christmas, and was lucky enough to get it!

First of all I think it’s important to mention that this is a deodorant, not an antiperspirant! What’s the difference? Well, an antiperspirant basically blocks your pores so none of your sweat will come out. They often contain aluminium salts and they will keep you dry, i.e. no sweat circles under your arm! A deodorant does not block your pores, but it instead masks or cancels out the smell you create. Using a deodorant means you can still get wet underneath your arms, but it won’t smell. (Note: We are all different and we all ‘sweat’ differently and as such we need different products).

I of course sweat, but it’s never been super drenching with circles under my arms (unless I am running or something). So although I haven’t really needed an antiperspirant, it is what I have always used. For almost two years now I’ve only been using deodorants without antiperspirant and aluminium salts. It took about a month at first for my body (or armpits) to get used to not being blocked, before I could really tell if a product worked for me or not. I’ve tried about eight different deodorants without aluminium, so I’ve been around. Anyway, this is about Aurelia’s deodorant, I’m working on another post about deodorants in general and why it is a subject that became important to me. 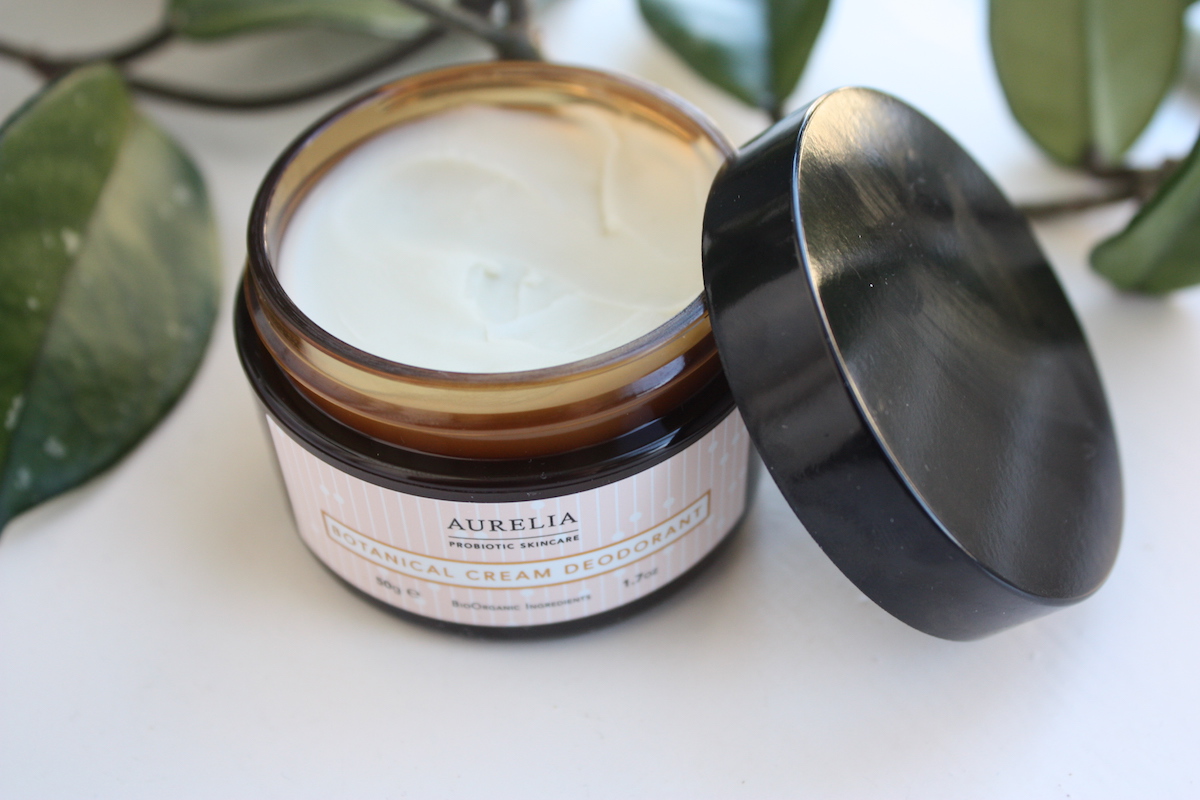 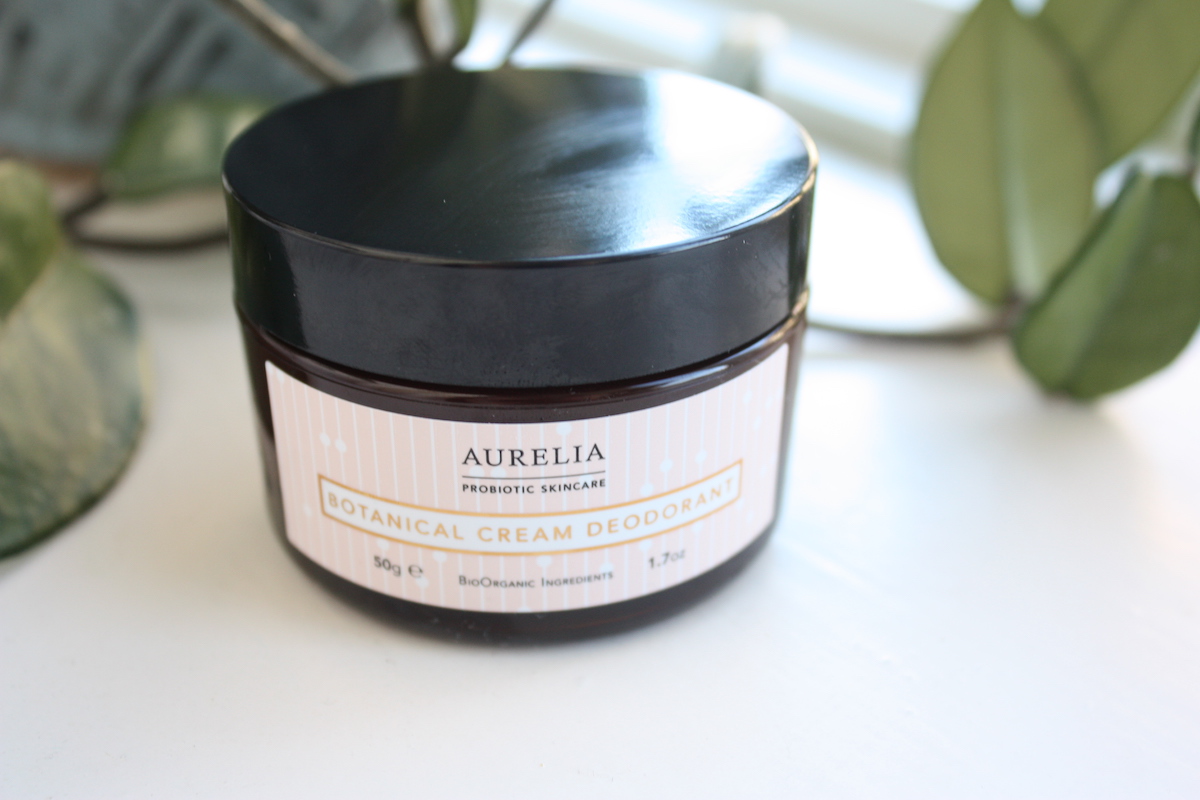 I’ve been using it for over a month now and I am honestly in love with it. It has a very delicate, sweet and almost appetizing smell with notes of lavender, peppermint and eucalyptus. And it keeps me smelling good all day! It isn’t until nightfall that I can detect a bit of sweat, which is fair enough. I have also tested it after a trip to the gym where I had put it on in the morning, and went to the gym in the evening. I bit of sweat odor did come through after an hour in the gym – fair enough.

Another thing I like about this deodorant is that it is a dry product. In other words, it’s not like a roll-on deodorant which is actually wet and leaves you feeling a bit ‘moist’. It might, however, be a deal-breaker for some that it comes as a cream. Because this means you have to apply it with your fingertips, which I’m sure some might dislike. At first it was definitely a different feeling, but after a few days I got used to it. Now it’s just become part of my daily routine. I also want to let you know that it hasn’t left any residues, or marks on my clothes, at least nothing I have noticed.

All in all this deodorant is fantastic! At £18.00 (195DKK) it is a rather pricey deodorant, but I will definitely be repurchasing it because it is just that good. And I believe I will still have this pot for another 2 months at least, as you really don’t have to use a lot everyday. So if you think about it’s not that expensive if it keeps for 3 months.

What you need to know:

?‍?? You can find the deodorant in selected stores and online at Matas, Magasin, FeelUnique and Cultbeauty. 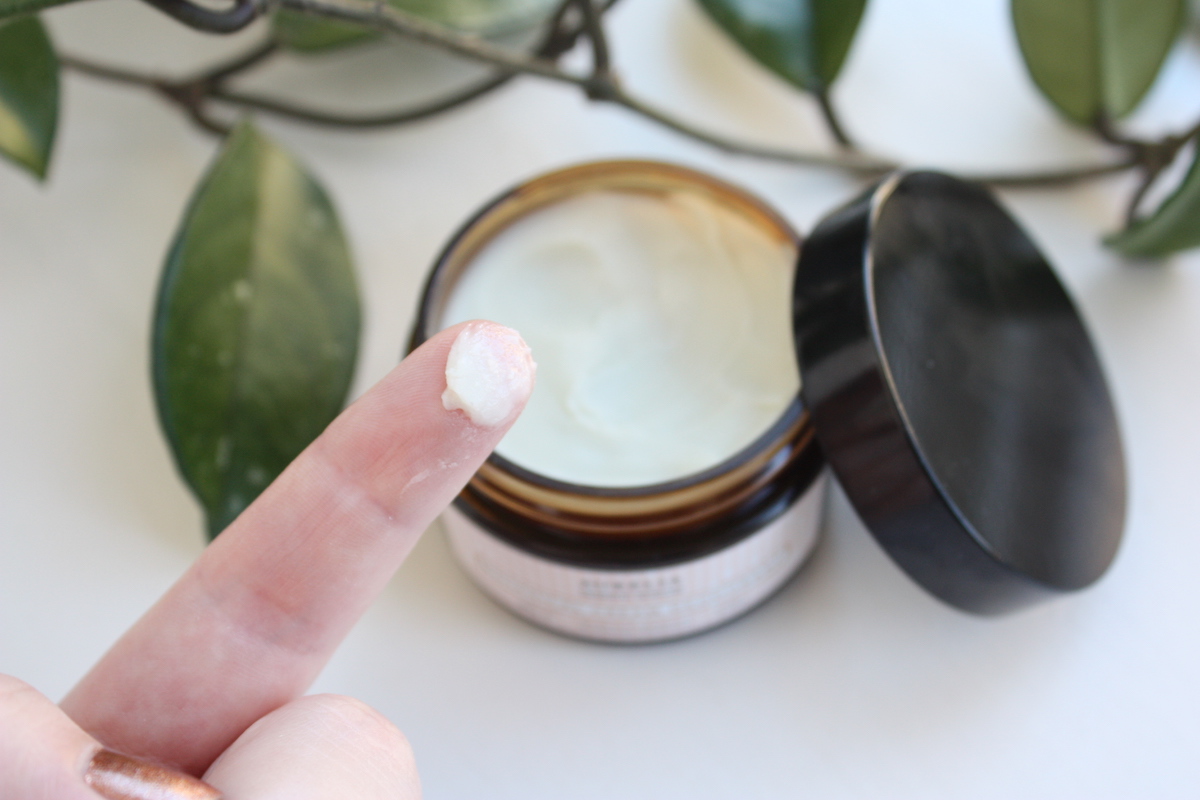 This is the amount I use for each arm