My University is throwing an “Oktoberfest” { even though it is September but hey it’s tomorrow anyway}.  I’ve got the outfit and everything oh it’s gonna be a fun night! Have a great Friday yall! I’ll try and see if I can snatch some photos! Tomorrow I’m having a movie night with one of my best friends :3  All in all a good weekend incoming <3
Oh are you guys going to any Oktoberfest too? 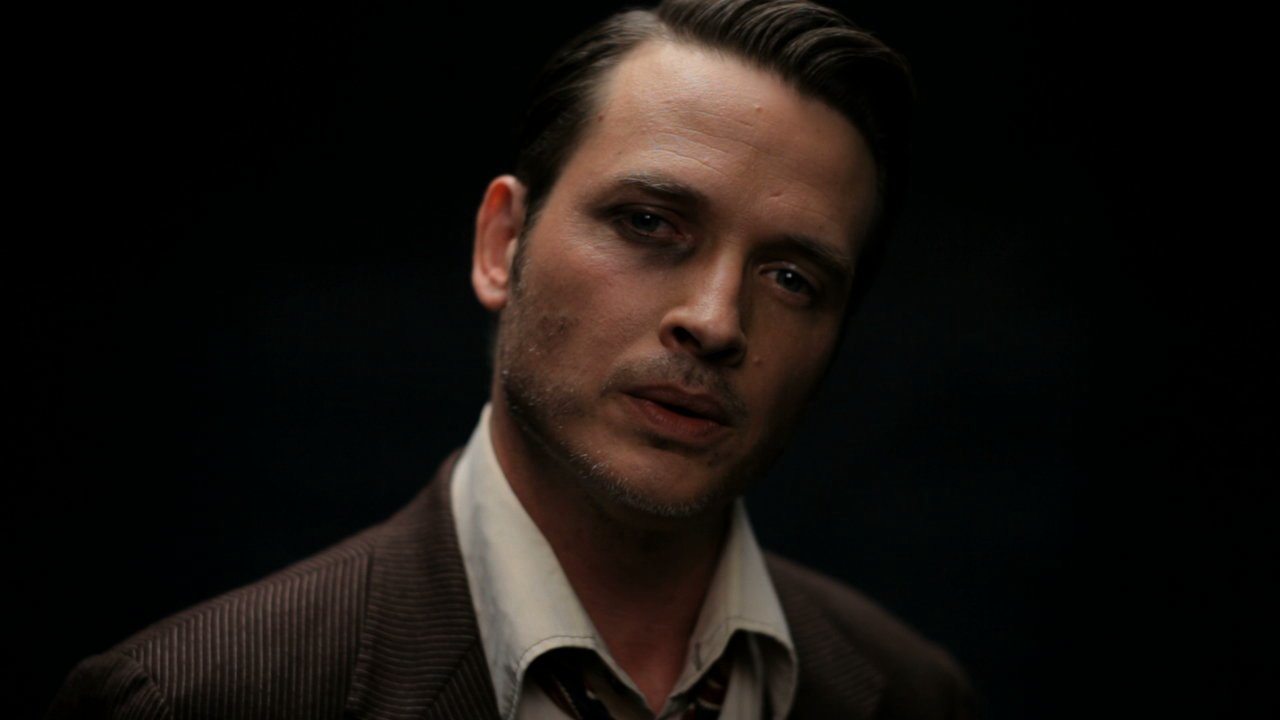 I’m smitten with this band. Their songs are very sweet, optimistic and calm and the lyrics to this one is awesome!

– Can you guess which movies I’m watching? 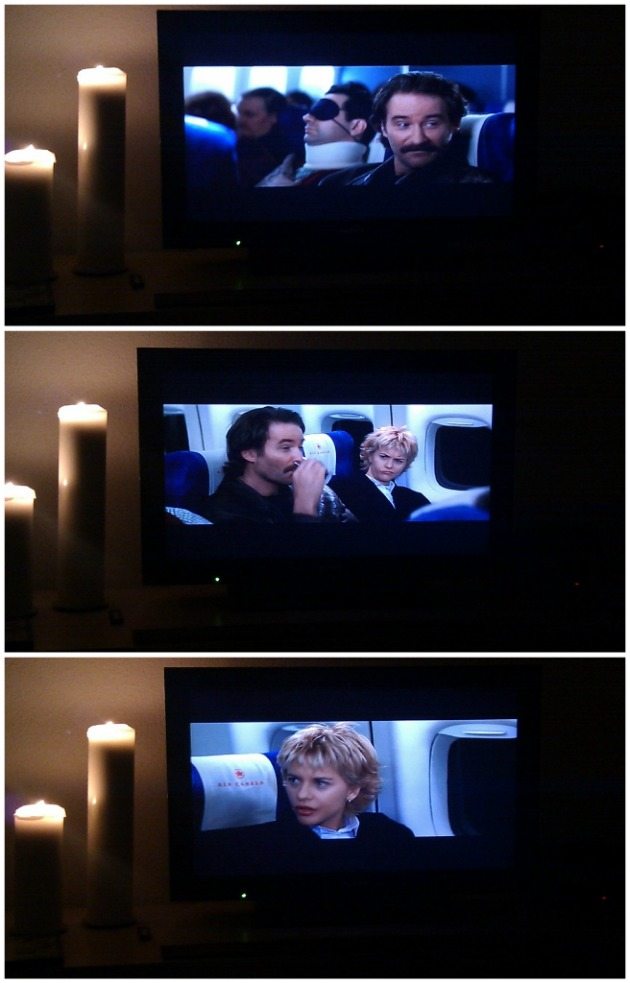 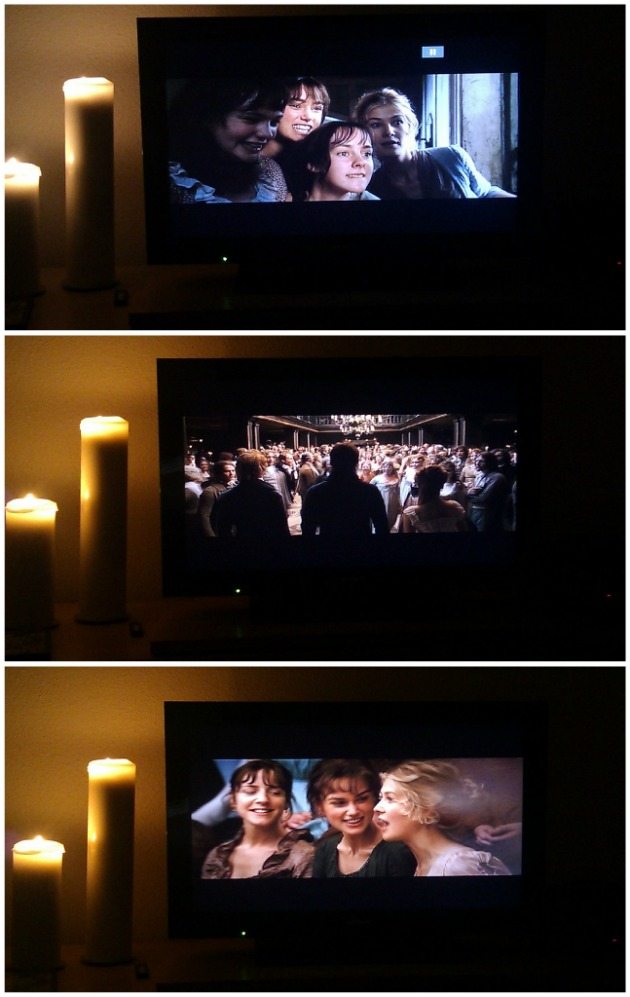 I can’t begin to describe how happy both these movies makes me. I adore them and I could watch them over and over again, in fact I have on numerous occasions. They are both one of these “feel good” movies and I just love the endings. They’re so romantic, affectionate and passionate and  yes, you will definitely know what happens in the end but it’s the journey both films takes us on that captivates and it is lovely… oh so lovely! 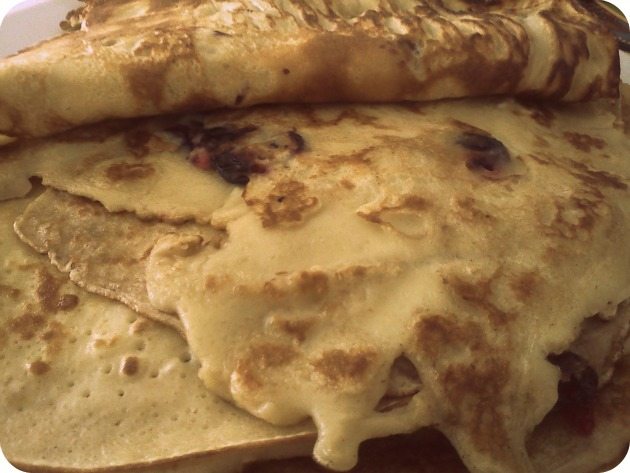 ❤ 01. Today I got up early, did my laundry, studied some and made blueberry pancakes! ohm nom nom.. I’m having one of those “I’m so glad to be me” kind of days. Do you have those days sometimes too? I just feel happy at where I am right now, it feels like things are going good and I’m good 😀  Also I have the luckiest schedule this semester, Mondays and Fridays off!!

❤ 02. I’ve been watching a couple of new TV-shows that just started this fall one of them is called “The Secret Circle” and I’m quite taken with it because I adore the actress who plays the main character she was also a main character of another show that unfortunately ended a while ago named Life unexpected. This new show is about witchcraft and mysterious things and that is just right up my street! Another show I decided to give a chance was “Ringer” which starrs Sarah Michelle Gellar. I actually don’t like her but the show turned out to be rather intriguing, it is not amazing but it is entertainment. Other shows I’m giving a chance is; Breaking Bad, New girl, Pan Am, The lying game, Against the wall, unforgettable and Revenge. I think I’ll do a post about all the tv shows with a short description of them since else this could be a hella lot’ of mumbling 😉

❤ 03. I’m completely smitten with glitter nail polish at the moment and I don’t have any it’s a catastrophe. However, I will get my hands on one soon I think. I’ve had my eyes on it for a couple of days and I think I have to get it. It comes in gold, silver and confetti and wouldn’t gold just look perfect this Christmas!? Yes, yes it would. Do you guys like glitter nail polish? 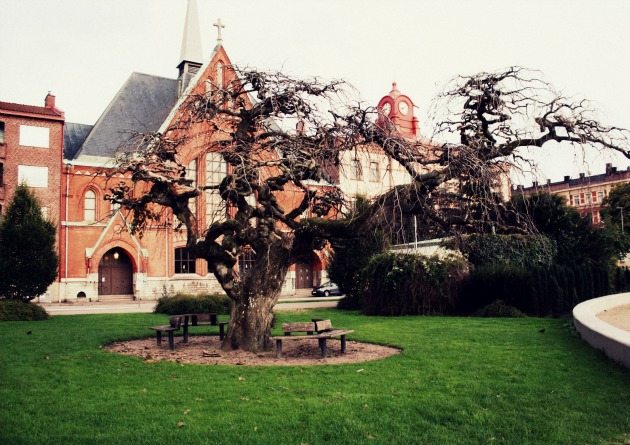 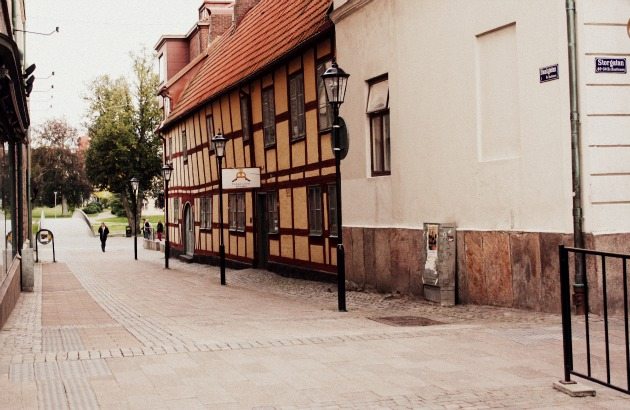 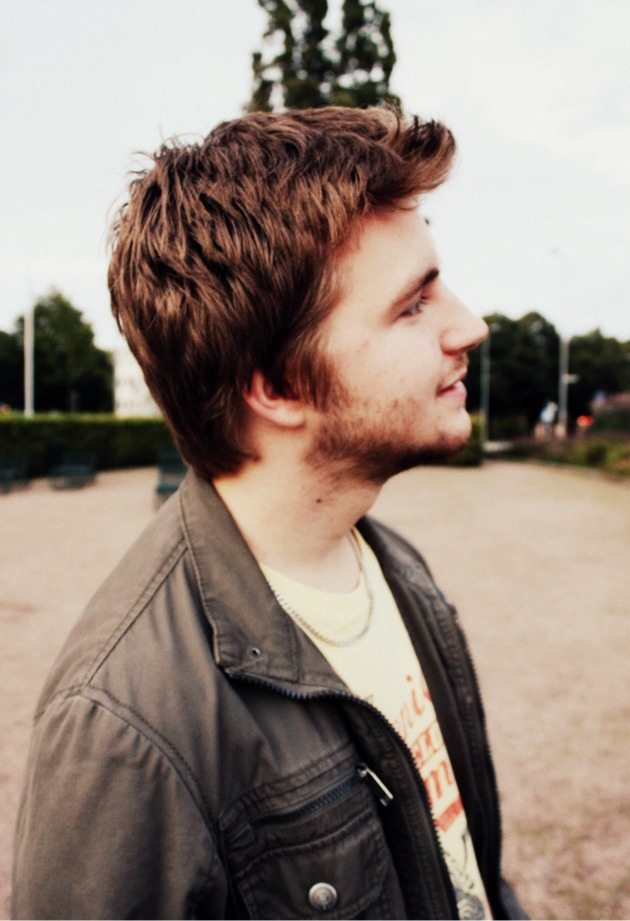 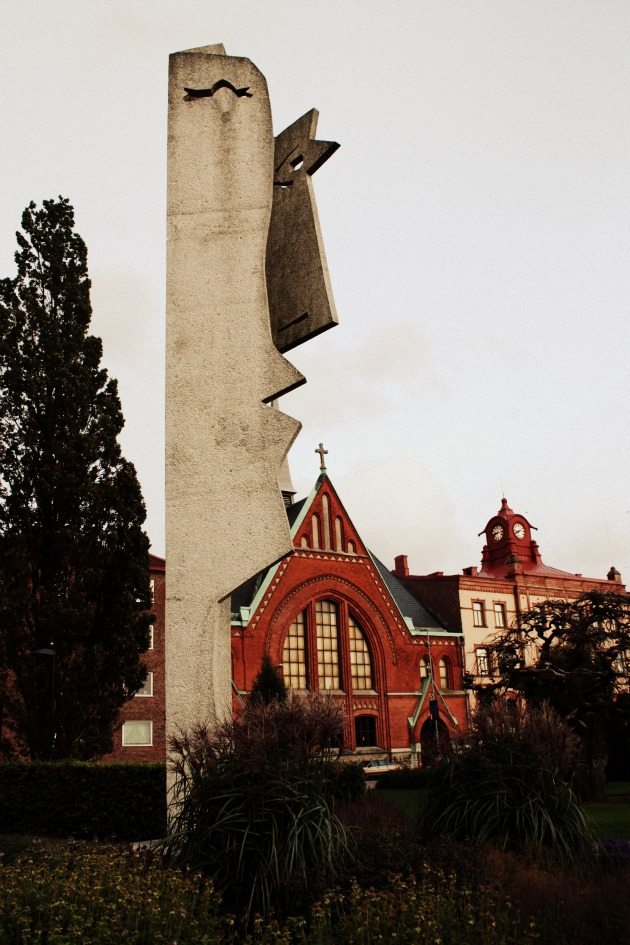 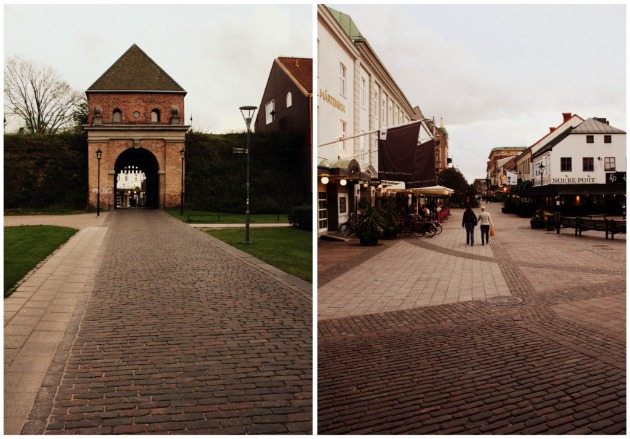 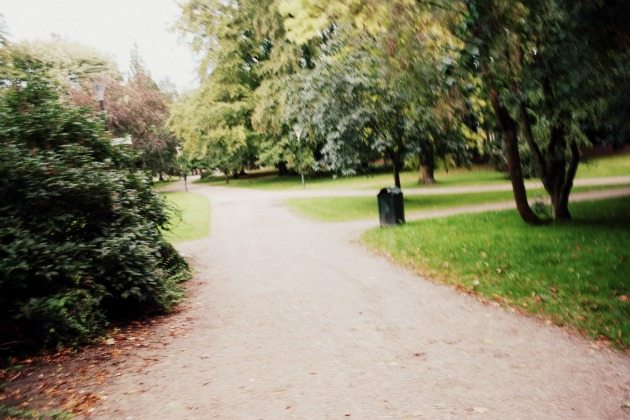 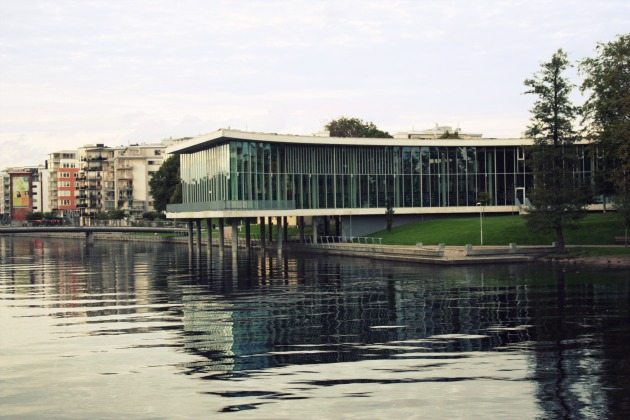 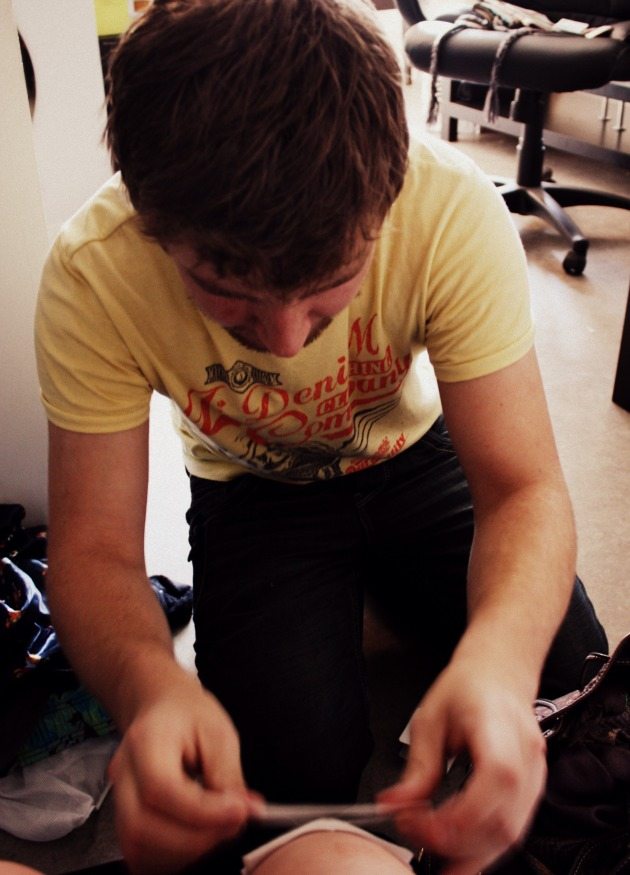 Oh I had a great little mini-vacation at Robbie’s new place in Halmstad. He used to live further away from Denmark but now that he moved to study in Halmstad he’s only a two hour train ride away. It’s even a beautiful train ride which makes the two hours pass by so fast. However… My journey ten days ago was not so perfect, far from to be honest.

I had booked the laundry room at 7 am and knew I had to be at the trainstation at 9:40 which gave me plenty of time. When it was a quarter to 9 I went to get my laundry from the dryer but the door was stuck so I had to contact some people to come help me, which took around 20 minutes… I was now running late! I rushed my way to the central station and managed to get my finger scratched on some nail on the subway and it tore some of my skin off, which hurt lol. None the less I didn’t have time to think too much about that. When I arrived at the central station I ran up the escalator, { and this is where it gets fun }, I fell… And my knee managed to land exactly on the edge and some small spear looking things went into my knee. This all happened very fast and I was still running late so I simply got up again and continued running. When I was in the main hall I saw a girl wearing a jacket with the train company’s name on and I went to ask her which track I should go to… However I was informed that my train had been cancelled, in other words all the pain was for nothing. Can you believe my “luck”? *sigh* Anyway I got checked at the hospital in Sweden and my knee was fine it just suffered a really hard hit and I had to rest it for a couple of days… Other than that it was a great journey and I had a good time! 😀 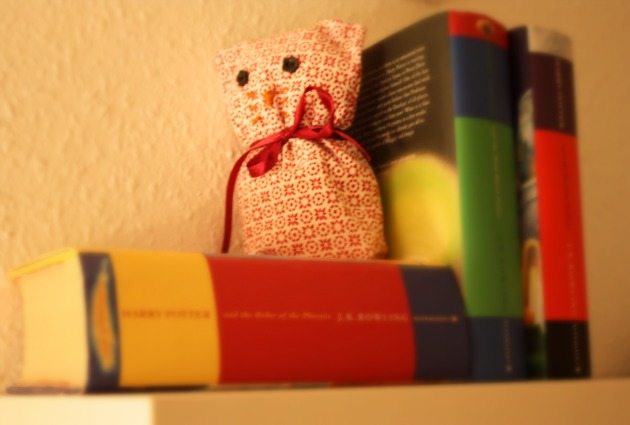 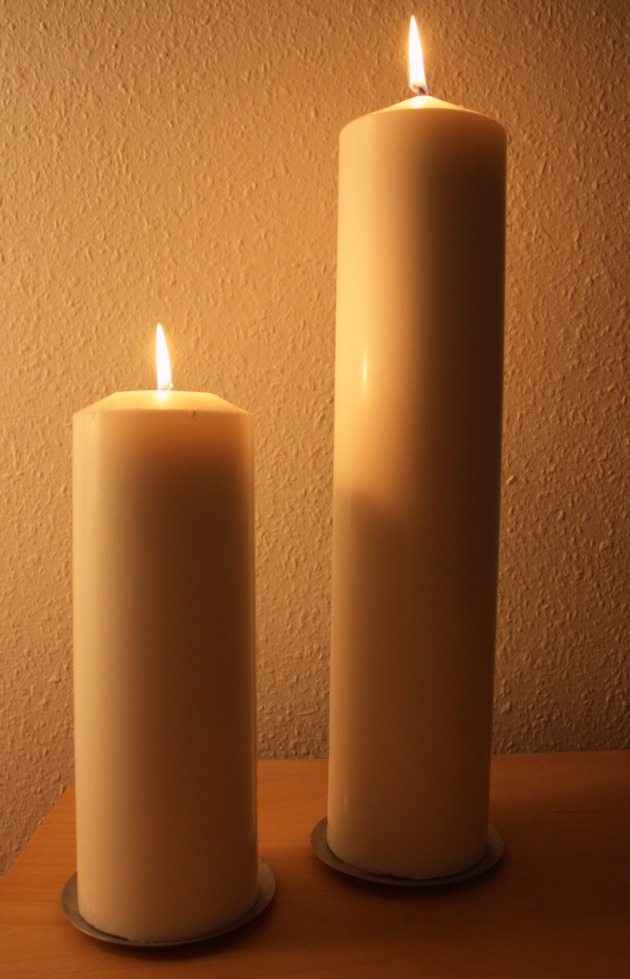 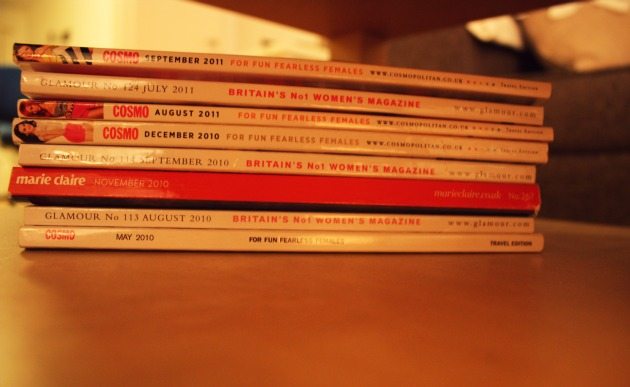 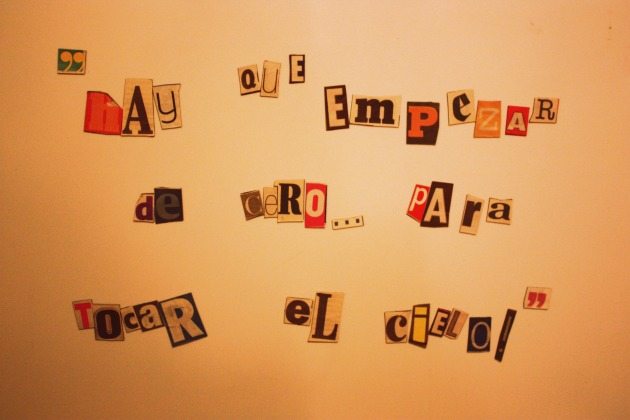 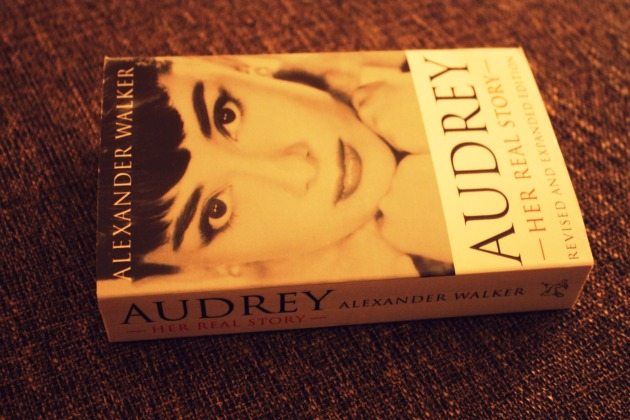 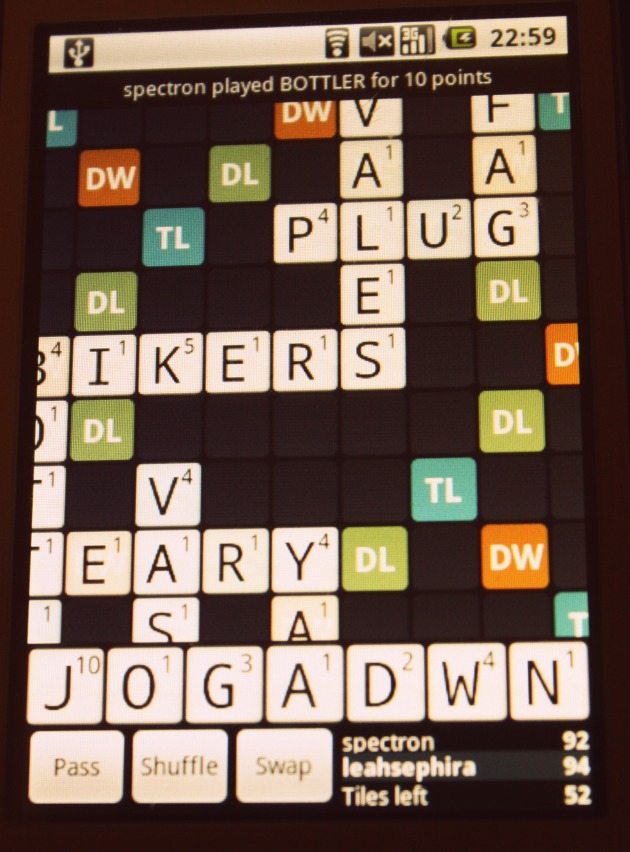 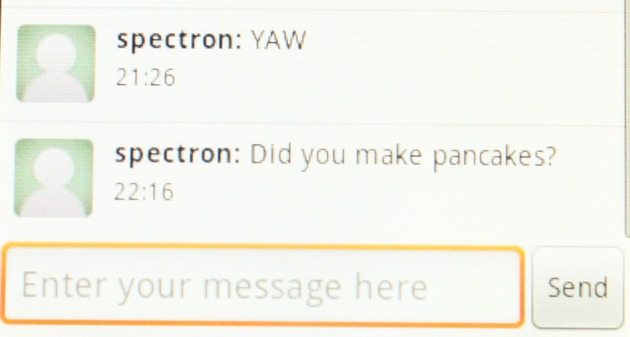 Today I’ve had a very calm Sunday. Isn’t that what Sunday’s are for anyway? My dear mother came by for a couple of hours it’s really nice when she comes around I kind of miss her being around me. She was also so nice to bring me some groceries, just a few things but I really do appreciate it. What student wouldn’t? 😀  I’ve been rearranging the letters on my fridge to make a quote which I hold dear. Oh do you guys know wordfeud? I’m such an addict!! It’s just like scrabble but on your phone, such a brilliant invention. if you do have wordfeud feel free to add me if you want to play :] Also I didn’t make pancakes but I will tomorrow, I think…