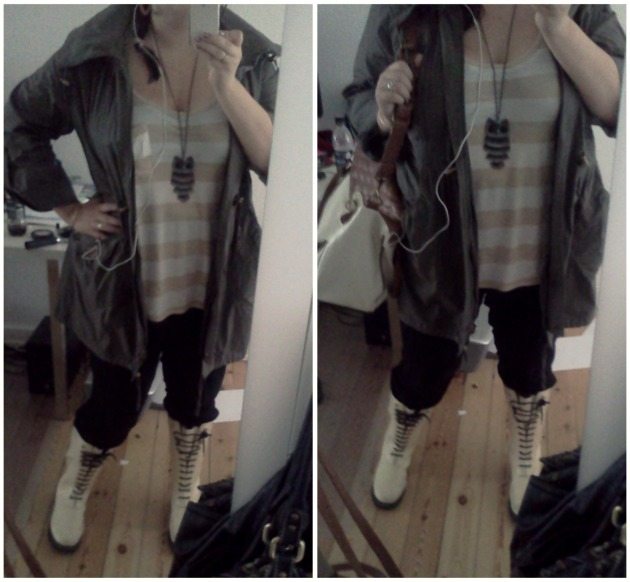 ❤ 01.  One week has passed and it’s been one hell of a week. I’ve got such a heavy work load but I’m actually liking it. I’m not liking our subject at the moment tho’… We’ve had a lot about shakespeare and as much as I’d like to say that I love reading sonnets and old English plays, I must disappoint and say I really, really don’t. That’s not really my forté! This week will be all about Shakespeare again and also with a side order of Hemingway. I quite like Hemingway though at least more than Shakespeare. I’ve been lucky with my classmates as well, they are super kind and I couldn’t ask for nicer people to spend my next four weeks with and I’m definitely going to keep in contact with a few of them.

❤ 02. I bought a lot of clothes and accessorizes in England. I really couldn’t help myself, there was summer-sale everywhere!!! I would love to take some pictures of it all and shove it up on my blog but I admittedly have to say that I won’t have the time. I haven’t even gotten around to showing you guys pictures from my trip! { I will do that soon I promise } However I can say what I bought… I got four new bags, two pairs of shoes, four dresses, sunglasses, a lot of jewelry, a lot of different tops and some really cute shorts. Maybe it doesn’t sound of that much, but for me as a student and not going all crazy shopping mode that often, it’s a lot! But that’s okay when you travel, right?

❤ 03. Harry Potter has to be mentioned too. Oh god I loved that film! I was sobbing quite a lot especially in the end, you know the ending of each film usually ends with the theme song and a beautiful picture? Well this is no exception and I sobbed so much cause’ I realized it was the last Harry Potter premiere I’d go to. It had become such a nice tradition to go and watch it each year or every other year and I will miss that tradition. Hogwarts will continue to live in my heart but I’ll definitely miss the stories. It’s the end of an era!!!

❤ 04. The thing about vacation… is that I feel like I haven’t had enough. I may like this school/course but I would have loved having some more time off. I feel a bit deprived! Especially because my father, stepmother and sister are at some nice summerhouse and I really wanted to tag along this year but, yet again, I unfortunately can’t because something is in the way. (evil course!) Another thing is that I miss sleeping in and being able to stay up late in the middle of the week if that was what I wanted and also having more time to spend with friends. Oh well… I’m hoping I might have a week between this course and UNI. *crosses fingers*… And if not, then I guess I’ll have some vacation in October.