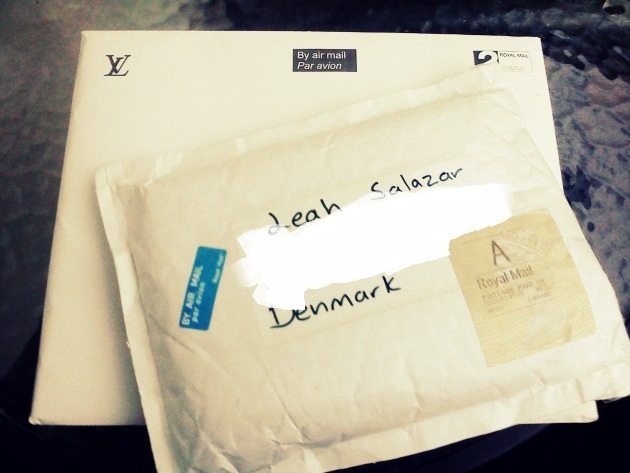 There’s of course a story behind this title…
So I go out with some trash and on the way back I decide to check
my mail cause I am sorta expecting a special issue of Empire Magazine,
(A HARRY POTTER ISSUE OH EM GEEE).
So I open my mailbox and there’s a ton of advertisements and then I see a
huge white envelope and I’m all like “Oh my gosh its the magazine yaaaaay”
but then it turns out it’s just Louis Vuitton sending me a catalog.
I do like their catalogs but I was hoping for Empire so I got really disappointed…

THEN…
I discover that there’s a smaller envelope from the UK and I think who
on earth sent me something? Turn’s out it’s from Joseph so as I
am sitting on my balcony opening it, I realize what this could be. And at first it looked
like a weird purse cause it was all tucked together but then it hit me…
IT IS A GRYFFINDOR SCARF!!!!
{ I’ll take a picture tomorrow }

Oh I started laughing so loud (I wonder if my neighbours think im insane!?)
and then I called Joseph straight away. Gosh that boy makes me laugh. It is
such a sweet gesture and fun at the same time. He remembered I had
previously stated that I wanted a Gryffindor scarf and therefor he thought
I should have one. Well thank you so much Joseph ❤