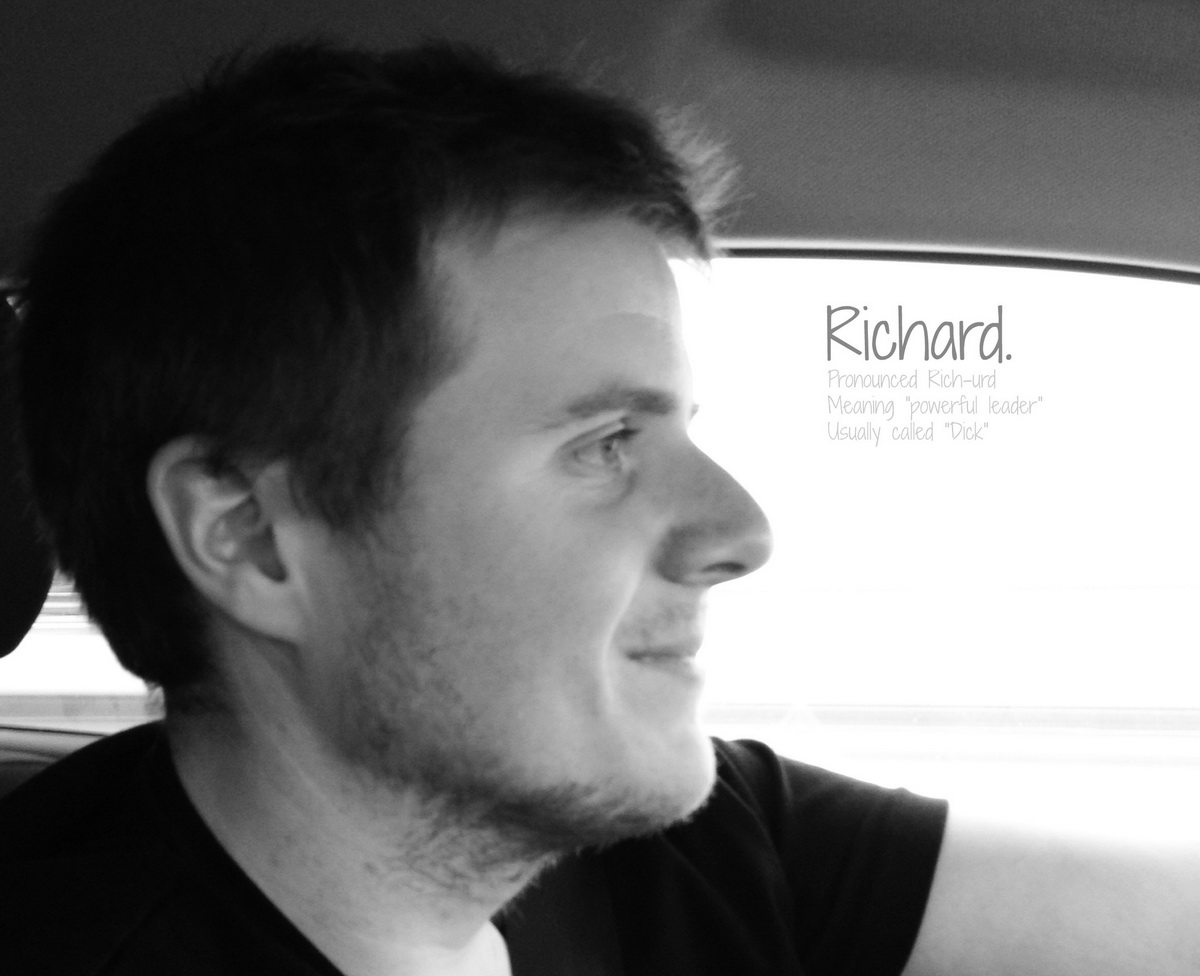 Meet Richard. Or Richie as I usually call him. Yes, I do not actually call him “Dick” since I think it’s odd and a tad on the offensive side. This man is pretty nice. He’s actually really nice and kind and loving and romantic and fluffy. I don’t think I’m supposed to tell the world that. What I meant to say is; he is super tough and super manly! Honestly though, he is all those things and a lot more. He is also extremely weird which fits me very well since I’m somewhat weird too. He’s also really strong, and really ticklish. I love to tickle him even though he absolutely detests it. He’s pretty amazeballs if you ask me. But then again I am probably biased because he is the one I love.

I figured it was time to make a little introduction about him since he is a big part of my life. I’ve actually never made this sort of introduction before. There’s a first for everything! So, I’ve told a bit about who he is. But what does he do? And where is he from? Well… He is from Sweden which is just across the other side of the bridge from where I live. He is a born and raised Stockholmian, {I may or may not have just invented a word there}. So he, like me, is used to the big city life. He has a good family and a really kind sister and the cutest niece. He speaks Swedish and English and is trying to speak Danish too. Emphasis on trying. He likes to ski and to golf. He also likes to workout, usually each week-day.  He doesn’t like hair on his head but I’ve forced him to not look like a bully. This summer he’s most likely to have a bachelor degree. But after the summer he’ll study something else because he found a different path. He’s quite good at cooking but not baking. But that’s okay, I’m quite decent at baking. Oh and did I mention he’s 26? Well he is. Such an oldie.

Right now we live apart. But not for long. The plan is to move in together this summer after exams and all. It will be epic. Epic I tell you! And I can’t wait for that chapter of my life to begin.